Jaguar are found throughout the Americas from Central America to Argentina. They are found in the Amazon Rainforest of Ecuador on the west of South America to Brazil’s highly threatened Atlantic Forest on the east. Having the strongest bite of any cat relative to body weight at around 2000 psi, jaguar regularly hunt turtles on Central America’s beaches and can tear through their hard protective shells. This high power bite may be linked to how they often kill prey, which differs from all other cats as jaguar often bite through the animal’s skull and into the brain.

Containing the highest population of jaguar, the Amazon Rainforest covers 40% of South America and crosses nine nations with the highest amounts in Brazil and Peru. Because of their elusive nature, the best way for researchers to check on jaguar in the Amazon Rainforest and to monitor their populations is to use camera traps, which some lodges have placed in the Amazon to capture great images of these elegant animals.

Sharing the Amazon Rainforest with puma (Puma concolor), jaguar are a larger cat and often take much larger prey species. Although both puma and jaguar overlap in territories with similar behaviours, they use different areas at different of day and so interaction is minimal. Jaguar roam the forest alone and mark defined territories using their waste or clawing trees, as in the image below photographed near the Tahuayo Lodge in Peru’s northern Amazon.

The Amazon Basin is very wet environment fed by the Amazon River and tributaries. Vast sections of the Amazon can be flooded with the plants and animals adapted for this wet environment. Unlike most cats, jaguar are very at home in the water and proficient swimmers, which means they are very well adapted to this environment. In fact, their range suggests waterways and flooded areas are a requirement for jaguars. There are even fantastic photos and videos of jaguar hunting caiman crocodiles in the Pantanal wetlands -by diving in the water.

Jaguar are of central importance to many Amazon Rainforest tribes who respect the cats for their power and ability. Cats in general with their keen senses, retractable claws, and agility are one of the most well adapted predators on the planet. Because of this, jaguar often feature in tribal songs, dances and stories of the groups living in the Amazon Rainforest.

Often hunting in the rainforest at night, jaguar are a generalist predator and take a wide range of prey, such as deer, peccary (a type of small forest pig), monkeys, sloths, and tapir. While walking in the Amazon, you may encounter a patch of sloth fur from an unfortunate animals which has come down to ground level only to meet its end at the powerful jaws of a jaguar. Despite their excellent hunting ability, there are very few records of attacks on people with jaguar classified as the least likely of the large cats to actually attack a person.

Despite being a favorite animal on the minds of most Amazon Rainforest visitors and a cultural icon for many indigenous groups, jaguar are classified as near threatened. Their main threats according to the IUCN are habitat destruction and fragmentation followed by hunting by ranchers and hunting demand for paws, teeth, and other products.

There are some great places to see jaguar in South America to maximize your chances of observing these magnificent animals in both the Amazon Rainforest and the Pantanal wetlands. In the Amazon, we recommend the southern Amazon of Peru where you can find many different clay licks.

Clay licks are exposed areas of ground where animals come to feed from the medicinal and salt rich rich clays. These areas are frequented by tapir, peccary, monkeys, and also colorful macaw parrots. Because this creates an area for herbivores and favored jaguar prey, you can imagine these places are probably also very good areas to find jaguar.

The best places to see these large cats around the clay licks in the Amazon are from deep rainforest lodges where the surrounding animals are at carrying capacity. This increases the probability that the area has a high number of jaguar prey animals and clay licks they love to visit. With both these factors, seeing jaguar in the areas will be just a matter of time. The Tambopata Research Center in the center of Tambopata National Reserve has published a wonderful collage of jaguars seeing around the lodge’s waterways and offers guests a 20% chance of a jaguar sighting.

If you venture to the Amazon Rainforest to experience the largest container of wildlife, a chance sighting of a jaguar makes a fantastic story and memory. Amazon Rainforest jaguar patrol this vast expanse of forest on the lookout for prey and are one of the most fascinating animals on our planet. 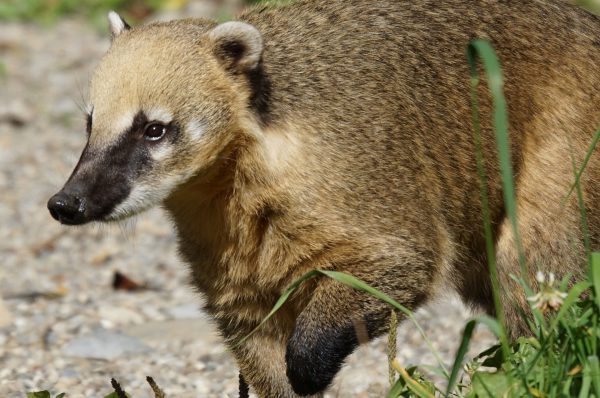