Research in the Amazon Rainforest canopy has rocketed up total species estimates for the entire forest. Finding entire groups of animals that complete their entire lives high in the canopy, out of reach of scientists, has created another world. The canopy potentially contains as much life as the rest of the rainforest. Here you can find strangely shaped ants that move their bodies to steer their flight pattern as they glide around without wings, weird geckos that use skin flaps to parachute from the trees, and the usual animals that often visit us gravitationally challenged individuals as we walk around the forest floor.

One of the most common large mammals in the Amazon, sloths are a welcome sight when walking through the rainforest. If you look at the photo above, you can clearly see the strangest feature of this canopy mammal, its green sheen. Algae growing on the sloth’s fur blend the animal into surrounding foliage. This makes sloths the only animal on the planet to be in a mutualistic relationships with algae, which offers the sloth camouflage from predators looking down from above.

A formidable predator of sloths is what I will mention later, the magnificent harpy eagle. When flying above, the slow movements and green sheen mean sloths are almost undetectable. Of course, this causes a type of arms race between predators and prey. Predators are constantly evolving to get better at catching prey and prey are constantly evolving to escape predators. Sometimes animals get lucky when other organisms, like the algae mentioned, come along for the ride.

Sakis are a day active primate that spend the majority of their lives in the trees. They mainly eat unripe fruit and seeds, and only rarely come down to ground level. Sakis are known to be shy and quiet compared to other amazon primates like squirrel monkeys. Sakis live in close groups of 4 to 5 individuals.

Foraging high in the canopy, the black & white hawk eagle feeds off a range of prey like small mammals, amphibians and birds. They have a particular preference for birds and take a range of species like toucans and oropendolas. Black & white hawk eagles catch their often fast moving and alert prey by flying high in the air, sighting the prey, and darting down through the canopy to snatch the animal. In the photograph above, you can see a small tropical kingbird mobbing the hawk. When not just impressing females, this behavior is used to chase off predatory birds from nesting sites.

Harpy eagles are fantastically agile for their size and hunt down prey like snakes, sloths, macaw parrots, monkeys, and other medium sized animals by flying through the trees. They are the most powerful bird of prey in the Amazon Rainforest and sighting these animals is a rare treat. They perch high in the tallest trees scouting the canopy below for signs of life.

Also known as honey bears, kinkajous have a well adapted strong, prehensile tail for life in the trees. They are nocturnal and feed mainly on plants but they also eat insects. Kinkajous seem to prefer life high in the canopy where they can stay out of the way of ground living predators like jaguar. Displaying little sexual dimorphism, males and females are practically indistinguishable in appearance. Their main threats are from hunting for pets and meat.

There are apparently more ant species in the canopy than in any other environment of the Amazon Rainforest. Ants are a particularly dominant animal in the canopy environment, which is thought to be linked to their ability to effectively farm other insects and feed off their sugary excretions. You may have seen ants farming aphids on your tomato plants. This behavior is repeated across many ant species, which in turn farm many different types of plant feeding insects. As ants control their insect flock’s population, offer protection from predators, and harvest their sugary deposits, it was ants that thought up farming long before humans.

The pictured ant, Cephalotes atratus, has some unusual behavioral adaptations to life in the trees. To save the colony energy in making replacements that fall down the ground and get lost, this species has evolved an ingenious solution. Their heads and bodies are shaped in a way that lets them glide through the air. When they want to change direction, they move their heads and bodies to speedily glide towards a target, which is usually the trunk of the tree they fell from. Don’t believe it, check out the video below.

Have you ever wanted to explore the canopy environment? These photos were taken at the Tahuayo Lodge in the Iquitos Amazon Rainforest where you can whiz down the longest canopy zipline system in the Amazon Rainforest. 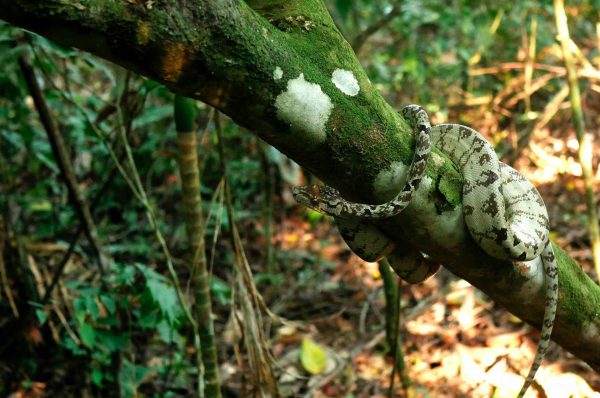 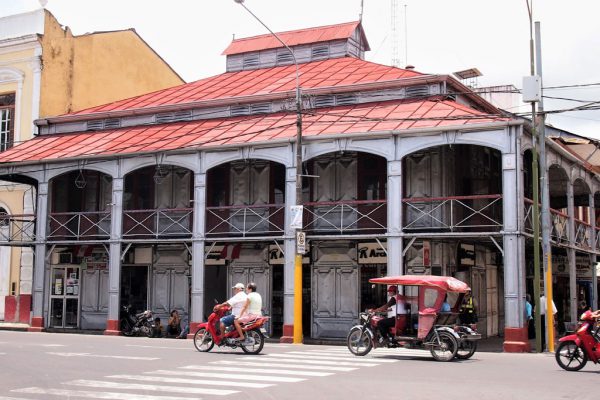 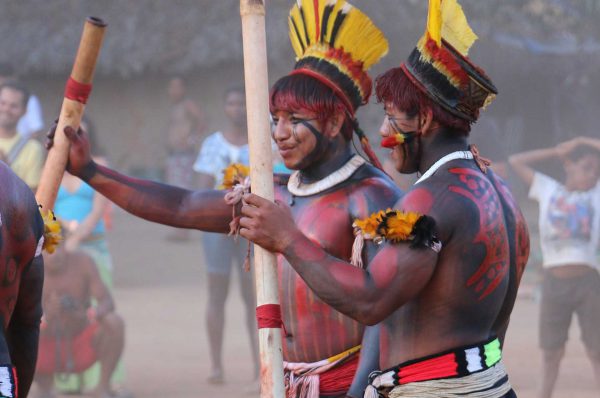