Amazon rainforest snakes are fascinating animals to encounter in the jungle. If you are canoeing in the forest and catch sight of a giant anaconda coiled in the shallows, you cannot help but feel excited. When you spot whip snakes hiding amongst the lush green foliage, it’s as if every part of the Amazon Rainforest is alive. In this article I will talk about some of the encountered Amazon rainforest snakes you may find on your adventure.

Anacondas (photo above) are the world’s heaviest snake at around 250 kg. They grow to about 10 metres and lead a semi-aquatic lifestyle made possible by the position of their eyes and nostrils on the tops of their head. They seem to choose areas with thick vegetation where they hide in the foliage. They hunt mainly at night eating most manageable animals like capybara and deer.

Snakes in this genus (Chironius) are among the most abundant in all South American forests. They include both ground-living and canopy-living diurnal species that mainly prey on frogs but also take lizards and birds. A favourite species is Chironius bicarinatus, which actively seeks out prey in shrubs and trees. Smart for a snake, there are records of this species investigating bromeliads for their frog prey. Bromeliads are often home to different frogs as the plants collect water.

As mentioned in the article on rainforest snakes, bushmasters are a formidable South American viper and are the largest venomous snake in the western hemisphere. They are closely linked to ‘virgin’ or ‘pristine’ tropical wet forests and you may hear Amazon guides telling stories about encounters with this snake. Strangely for a neotropical pit viper, bushmasters lays eggs as opposed to giving birth to live young.

Rainbow boas are very popular in the pet trade due to their beautiful coloration. They have iridescent scales giving this boa its common name. They feed on birds, lizards, and small mammals found in their range of northern and central South America.

Emerald tree boas live in the trees and blend into the leafy background. They often use their strength to hang from branches and snatch prey like mammals and birds. They have white markings over their body and are locally common in the Amazon Rainforest. Juveniles of this species are reddish orange then mature to a magnificent green.

Boa constrictors are a very distinct snake. Their coloration depends on habitat and there are many different subspecies. Although proficient swimmers, they prefer a more land-based lifestyle and seek safety in mammal constructed burrows. Constrictors are dwarfed by their anaconda cousins and grow to around 4 meters in length. Threatening their existence in the wild, boas are hunted for their skins to make various products.

The South American coral snake is a beautifully patterned elapid (member of the elapidae family). There are over 70 different species found in warmer parts of the Americas identified by their individual patterns. Coral snakes feed on lizards and other snakes and are highly venomous. The photographed species is the aquatic coral snake (Micrurus surinamensis) from Amazonia. As an extra point, note that coral snake rhymes popular in North America do not work in other parts of the world due to the diversity of coral snake patterns.

Like many venomous animals, to the human mind their beauty is somewhat sinister as instead of attraction their coloration is actually to warn animals of danger. This link between the visual signal and toxicity is known as aposematism. Some harmless animals try and intercept this link between appearance and danger by mimicking the look of dangerous attractive species. The harmless snakes that mimic the look of coral snakes are known as milk snakes and these live in North America and northern South America.

As their name suggests, Amazon Tree Boas live mainly in the trees and are classed as arboreal, but they can come down to the ground at night. Like the emerald tree boas, these snakes are also known to hang from trees to catch passing prey. They have varied colouration from an olive body to orange or yellow. 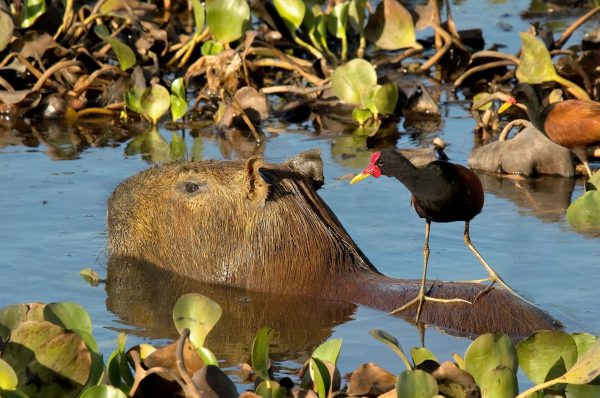 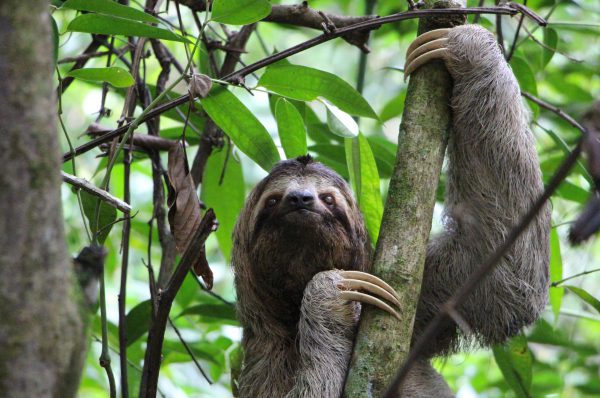