There could be around 10 million insect species on Earth and a great many live in the world’s tropical forests. The most abundant insects in the rainforests are ants, but there’s a considerable diversity of other insects from the smallest wasps commonly called fairy flies (Mymaridae) to the giant rainforest insects like goliath and titan beetles. Beetles account for the highest diversity and include over 370, 000 different species.

The photo above shows African weaver ants (Oecophylla longinoda), which are a dominant ant species over a large part of tropical Africa. Their common name reflects their weaving behavior. They use their silk-exuding larvae as living glue guns gluing leaves into hollow balls where they nest. Their nests are spread through the trees and they even build small leafy barracks at territory boundaries. Ants first pull foliage together using themselves as living chains, while others holding the larvae move back and forth gluing leaf edges. They are very aggressive ants and fiercely territorial. They farm bugs in the trees for carbohydrates and hunt a diversity of insects that are fed to the larvae. There is another weaver ant species (O. smaragdina) that lives in tropical Australasia and Asia. These insects were possibly one of the first biological control agents because of their voracious appetite.

As mentioned for bullet ants in the Amazon ants article, because weaver ants are highly aggressive natural selection has shaped a variety of harmless animals to resemble weaver ants for protection.

Rhinoceros beetles (Dynastinae) are most diverse in the Neo Tropics but have a worldwide distribution. A common species in tropical Central and South America is Enema pan (above). Although the beetle can be locally common, little is known about its life history. The species seems to only live in forests and probably feeds on soil hummus. We know that males have larger horns than females and males use these to carry females or to fight. When males carry out these behaviors, they make a mysterious sound and its function and cause is not yet known.

A creature often desired by collectors, goliath beetles are one of the heaviest insects in the world. They are native to western and central Africa feeding on sap and nectar. Despite their weight, they are still capable of competent flight. Unlike most beetles that must clumsily lift their wing cases into the wind exposing their wings, goliaths have special slots and their wings simply slide out.

This strange looking animal is a flannel moth caterpillar (Megalopyge opercularis) known for its stinging nature. If the spines touch the skin, the caterpillar can cause various symptoms including pain, headaches and vomiting. The species inhabits the southern US down to Central America, although, a recent photograph was taking in the Tambopata National Reserve of southern Peru suggesting it extends well beyond its supposed limits. The adults are fluffy yellow moths and quite small with a wingspan of around 4 cm. The caterpillars themselves can vary in color and are covered in yellow, red, grey or mixed hairs called setae.

A caterpillar’s sting should not always be taken lightly. In the late 1800s, an explorer to the Amazon Rainforest by the name of Richard Spruce, known for providing the first detailed information on ayahuasca and for his involvement in malaria medication, wrote an account of his interaction with a stinging caterpillar. He mentioned:

“I had always made light of caterpillars’ stings until one evening at Tarapoto, in gathering specimens of an Inga tree, I got badly stung on the right wrist … That was the beginning of a time of the most intense suffering I ever endured.” – Richard Spruce

This is a Heliconius butterfly, which are often seen drinking from the eye fluids of Amazon River turtles to obtain sodium and other minerals. At least, they may appear to be Heliconius butterflies. This butterfly family feeds on toxic plants and absorbs toxins into their own tissues making them bad to eat. Because animals recognize and avoid these butterflies, sometimes edible species mimic their patterns, which has caused a history of butterfly experts confusing different taxa. This discovery was first noted around 100 years ago by Henry Bates, an Amazon explorer, after he watched these butterflies fly around the forest and the phenomenon is now named Batesian mimicry.

True to its name, titan beetles (Titanus giganteus) are indeed titans among insects. No one has ever seen their larvae, which must be even larger than the 16 cm long adults (longer than the other giant on the page, the Hercules beetles). Their jaws are said to be strong enough to snap a pencil in half. These beetles are studied using light traps. This is where artificial lighting is created in their Amazon Rainforest habitat to attract the giants. Collectors often desire this species and the trade provides sustainable income for local communities. The reason it’s sustainable is because the females are elusive and almost impossible to find, so the theory is that collecting males is less damaging to populations.

Stingless bees (Meliponinae family) are known by various names like barber bees and hair-cutting bees. The bees have a defensive behavior if disturbed and attack. Some species are harmless and simply try and fly into your mouth and ears to make you move, whereas others cut the skin and spray an acrid solution into wounds leading to their other name of fire bees. This is a similar defense to other sting-lacking Hymenopterans (bees, ants and wasps) like the weaver ants mentioned at the top, well known for their painful bite. The ants bite with their jaws pointing their gaster (rear part of the ant) to spray acid into the wound.

There is a harmless species of hair cutting bee often encountered on Amazon tours in northern Peru. If something disturbs their nest when you’re walking through the rainforest, they fly out and cut off pieces of hair like little angry barbers. For more information and photos on rainforest insects, head over to the Amazon ants article or Insects in the Amazon Rainforest. 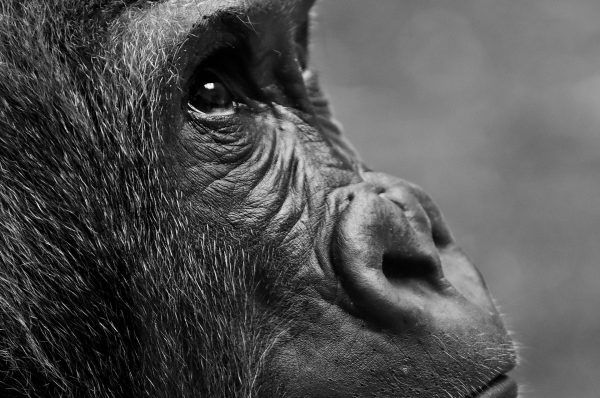 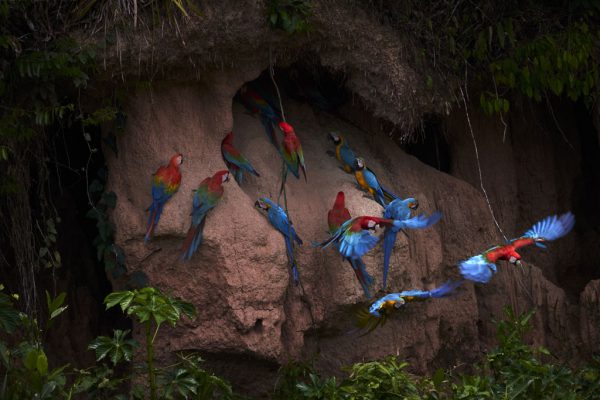