Amazon Rainforest spiders have fascinated people for centuries. Charles Darwin wrote of social rainforest spiders that form huge colonies, sometimes engulfing entire tree. These were my main animal to find on my first voyage to the Amazon River. You can read a little more about these in the rainforest spiders article.

In the northern Amazon & Orinoco Basin you can find the largest tarantula in the world, species of the genus Theraphosa aka the goliath tarantula. With a leg span of 30 cm (12 inches) the spider is, pardon the cliche, the size of a dinner plate.

If you saw the BBC video on the rainforest spiders article, you will know this spider is well protected with both a defensive bite and urticating hairs (irritating hairs on the abdomen rubbed vigorously so they fly off at predators), although, if you saw the video you will know some native Amazon groups still find these rainforest spiders delicious.

Henry Walter Bates first wrote about these giant spiders in 1862. The goliath tarantula mainly eats insects and other invertebrates, but due to their size they will eat any manageable animal. Goliaths are known to eat rodents, snakes, and lizards. There is even a record of a goliath tarantula eating highly toxic cane toads (Bufo marinus).

Wandering spiders were the spiders I heard about before going to the Amazon for the first time. They reach a leg span of about 15 cm and hold the record as the world’s most venomous spider (video at bottom of page). Adding to this intimidating title, they aren’t found in one place such as a web, and instead roam the forest living up to their common name. Wandering spiders have a defensive display where they lift their front pair of legs, place weight on their rear legs, and wave from side to side.

After hearing so much about this spider and fearing its dangerous and aggressive reputation, a spider climbed on my leg while I was sitting at camp in the Amazon. It began its display showing its reddish fangs and holding its legs high at 90 degrees to the ground, at which point I remember drawing my guide’s attention. He immediately dropped what he was doing, ran over, knocked it off with a machete then went back to building a shelter simply saying, “very bad spider.”

Fishing spiders live all over the world and the most frequently mentioned are Dolomedes in Australasia, America, and Europe; and the neotropical Ancylometes. Others include Thaumasia from the Amazon Rainforest with its fantastic green coloration and apparent preference for tadpoles.

In the Amazon Rainforest, you can find the largest of the fishing spiders, the Ancylometes that grow up to 20 cm. These magnificent spiders are often found on river banks and near bodies of terrestrial water. When night spotting for river life, you will see their eyes twinkling back from your torch light. These spiders are nocturnal and by day hide in various cracks and crevices.

Whip spiders have segmented chelicerae and a long pair of front legs for sensing the environment. If disturbed, they quickly scuttle sideways away from danger. They live in tree crevices, tree buttresses, or under rocks. Many species return to a particular refuge after foraging at night. This means they must somehow remember and navigate their environment.

Whip spiders have a highly specialized sensory system for detecting chemical and physical cues. They can navigate using their first pair of legs to detect both the feel and smell of their homes, and even navigate correctly when artificially moved from their path. 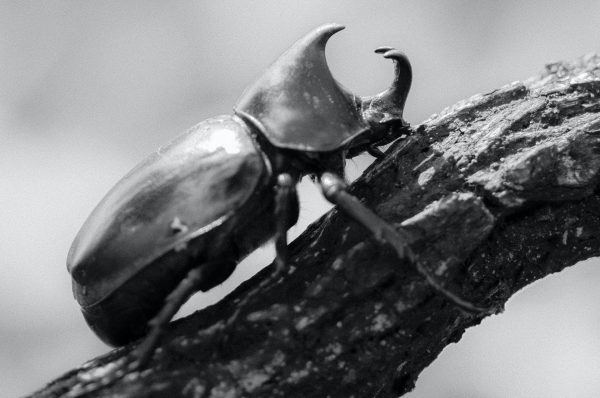 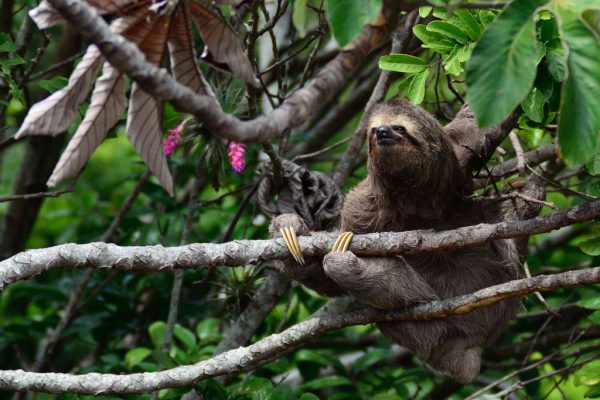 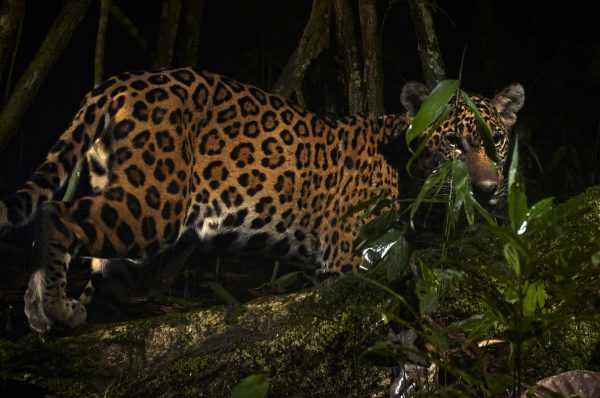