The cats are one of the most specialised and highly adapted predators there are. With retractable claws, keen eyesight and acute senses, they are often the top predator no matter their environment. These senses and their agility comes into importance in the world’s rainforests where dense trees block a direct path to prey. Some jungle cats you can find in the world’s rainforests are the following:

The largest of the living cats, tigers have to be one of the world’s most beautiful animals and there are now only five subspecies of the species. Three subspecies, the Bali (P. tigris balica), Caspian (P. tigris virgata), and Javan (P. tigris sondaica) tigers were driven to extinction in the last hundred years.

Tiger numbers are decreasing and have been reduced from up to 100, 000 cats in the 1900s to only 3,000 free roaming individuals today. In India, around 50 tiger reserves were established to protect these magnificent cats and India is now home to around 70% of all the world’s tigers.

Because populations are highly fragmented, it means the local extinctions of each group can occur very easily if hunting and habitat loss are not quickly and strictly controlled. To take action, you can head over to Panthera.org to get involved.

Leopards (photo in header) range from sub-saharan Africa, across India, to southern Asia. A very adaptable cat, leopards have an opportunistic hunting behaviour and a very broad diet. They are the only natural predator of chimpanzees and gorillas, which demonstrates their ability as a carnivore.

Leopards are very powerful cats and are members of the Panthera genus, along with jaguar, tigers, and lions. When hunting on ground level, leopards frequently drag their kill up a tree to eat in safety and out of reach of other predators and scavengers.

Leopards are not just found in rainforests, but occupy more habitats than any other cat and are at home in a variety of environments.

The second largest cat in the new world, puma (Puma concolor) are more closely related to domestic cats despite some of their common names. These cats have the largest range of any large terrestrial non-human mammal.

Because of their geographical range, which used to cover the the majority of the Americas, puma are known by around 80 different names with puma, cougar, panther, and mountain lion being the most popular. They are famous in all the cultural regions they crossed and are often depicted on artwork or in stories.

Predatory cats were highly regarded by many groups. Both the puma and jaguar were symbolic in Central and Southern American culture with their forms and patterns featured on artwork and architecture. For example, they are featured in native American legends and were frequently used in Incan mythology.

An ambush predator, puma are usually nocturnal and take anything they can manage. They owe their success to their adaptability and can feed on a range of prey, from insects to medium-sized mammals.

A little bigger than an average house cat with a similarly patterned coat to their close cousins the jaguar, margays live in the dense forests of Central & South America

Margays are very efficient predators and prey on small animals, such as rodents, small monkeys, birds, frogs and small reptiles.

They are a proficient climber and seem to prefer life in the trees. Here they can catch birds and feed on eggs. So much at home here, they are known as tree ocelots.

Jaguar range from Mexico in Central America to Argentina and occur in a range of habitats. Mainly found in the rainforest, jaguar also live in the wetlands and the incredible savannas. The dominant predator in the Amazon, jaguar are one of the most sought after wildlife sighting in the rainforest and there are certain areas to maximize your chances of seeing these incredible cats in the wild. The Tambopata Research Center in Peru reports a 20% chance of seeing wild jaguar for each guest.

They are recorded to feed on around 100 different species and are equipped with incredible jaw strength. Maximizing this characteristic, in Central America where the rainforest meets the sea jaguar even hunt sea turtles from the beaches.

Pound for pound, jaguar have the strongest bite of any large cat. They even utilize this in their manner of killing prey. Most other cats constrict the arteries or crush the animal’s windpipe, which either kills by suffocation or renders the animal unconsciousness. A frequently used kill bite of jaguar, however, involves grabbing the animal by the head and puncturing its skull to penetrate brain tissue.

Very similar in appearance to the margay mentioned above, ocelots prefer a more terrestrial life where they hunt and feed at ground level. They are widely distributed in South America and prefer dense forests, such as the Amazon Basin.

Usually nocturnal, ocelots are about double the size of an average house cat and are often photographed by nocturnal camera traps in South America’s forests. They feed on a variety of prey, such as rodents, fish, reptiles, and amphibians. The above footage was taken by camera trap by the Tahuayo Lodge in northern Peru.

Seeing Big Cats in the Wild

The best way to detect large cats in a rainforested region due to their keen senses is with the use of camera traps.These are set up in different regions to record animal data and also present some fabulous images of otherwise hard to spot animals. These cameras are used by researchers to make notes on population sizes. If you would like a good chance of seeing big cats in the rainforest, such as seeing jaguar in the wild, we recommend some specific locations in South America. If you would like to see leopards and tigers, we recommend heading to certain tiger reserves in India. 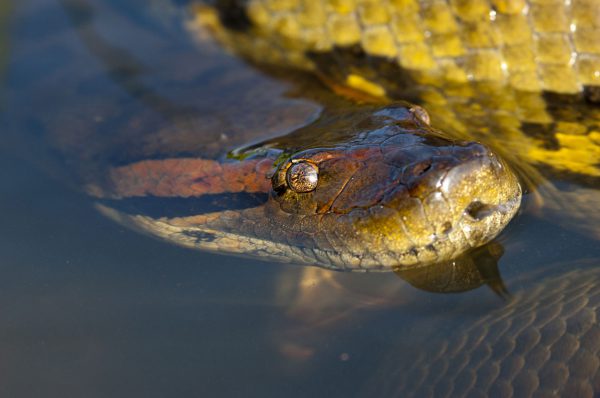