We generally use the phrase Amazon Rainforest Bugs to describe all insects & spiders in the Amazon, but bugs really refers to a particular group of Amazon insects, the type with piercing mouthparts known as a rostrum. These animals generally include the cow-like herbivores like the cicadas, leafhoppers and aphids, but they also include some more sinister animals like the behaviorally interesting assassin bugs below. These animals have adapted their strong piercing beak to not penetrate plants, but animals instead.

For more information & photos, you can see Amazon Insects or Amazon Spiders for other Insects & Spiders of the Amazon Rainforest.

Assassin bugs are one of my favorite insects. They have a similar appearance to their cousins the shield bugs that feed exclusively off plant liquids, but have adapted their mouths to pierce other animals. The pictured species has a preference for bees, and assassin bugs have ingenious behavioral adaptations. Some assassin bugs coat themselves with the carcases of ants mimicking their pheromones. These bugs can then approach ants closely to quickly attack and eat the deceived prey. Others simply cover themselves in debris to give the appearance of nothing more than a pile of rubbish, but when prey get too close, they eat the unfortunate animal. Other bee-eating assassin bugs are still more fascinating, covering their front legs with tree sap then lunging at a passing bee grabbing it with their sticky claws. The rightly named assassins then use their beak to pierce the bee’s armor liquidizing & feeding off their insides.

As a complete contrast to the above predators, cicadas lead a less dramatic existence. They live in the earth for the majority of their lives emerging when conditions are just right, sometimes decades after burrowing into the ground. What triggers their emergence? This is still a subject of debate in the scientific community. Somehow they all emerge at roughly the same time to complete the most important stage of their life cycle, mating. They change into winged adults & fly to find a mate. Once males deliver their sperm, they die. Females then lay their eggs in a plant stem before they too perish. When the young hatch, they make their way to the ground digging in with their strong legs to feed off root sap until they emerge to complete the cycle.

Lantern flies were steeped in a bizarre mystery many people still believe. Their name comes from the idea that their enlarged head lights up to attract mates, which seems to be confusion with another type of insect. This isn’t as bizarre as folklore surrounding this insect goes, however. Some local populations in the Amazon believe that if someone is bitten they die, others believe if you’re bitten by this species, you must have sex within a day’s time or you will die. This myth is probably spread due to the phallic appearance of the insect’s head. Luckily for sexual abuse cases in the Amazon, the bug is completely harmless and doesn’t bite, but you have to wonder over the fibs young Amazon men have told women over the years.

Taking a break from folklore & myth into science, a hypothesis over the spots on the insect’s wings is to put off predators. The original idea giving them the name eye spots was that when displayed, it would cause predators to think they are dealing with a much larger animal giving the bug time to escape. We now know that not all eye spots are to resemble eyes and simply deter predators because they are highly noticeable and cause confusion.

Leafhoppers come in many shapes and colors. They provide a look into the different strategies herbivorous insects use to defend themselves from predators. Some are very brightly colored, which is often used to advertise that the animal is dangerous in some respect, often containing toxins harmful to predators. This would mean the leafhopper can happily feed off plant sap while predators clearly know to avoid the bug.

As a contrast to the bright color method, other leafhopper rely on a different anti-predator strategy. Instead of saying to predators, “Here I am & I will make you sick if you eat me” they rely on blending in with surrounding plant matter or undesirable objects. Some even resemble bird droppings on a leaf. This would mean animals avoid the bug but for an entirely different reason.

Remember that just because something seems as if it’s obvious & true, doesn’t make it so. Always ask questions to see if there is support for a particular idea. Many people still believe eye spots are to resemble eyes & lantern flies cause death or light the way. What are your own thoughts about some commonly held and incorrect beliefs (preferably about Amazon Rainforest bugs rather than various gods)? 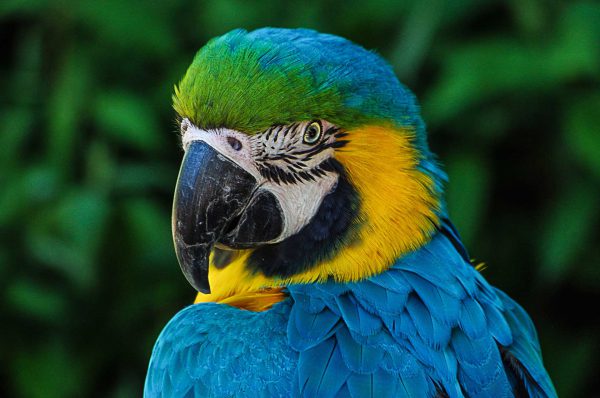 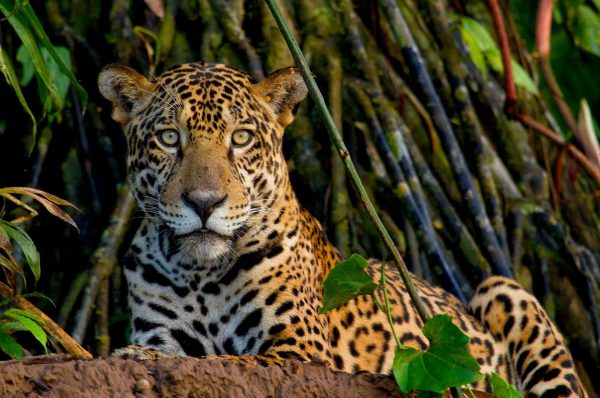