With the abundance of fruiting trees and plants, there is a wide diversity of Amazon herbivores. And when there are herbivores, carnivores are never far away. There are different apex predators in the Amazon like jaguar, puma, harpy eagle, and anaconda, but also other lesser known carnivores. I’ll mention some of the lesser known carnivores that inhabit the Amazon and link to pages on other predators you may be more familiar with.

One of the largest Amazon jungle cats, puma (Puma concolor) have the most expansive range of any large land-living mammal in the Americas and are exceptionally adaptable animals. They feed on a range of things from insects to manageable mammals, but their prey doesn’t get as large as a jaguar’s. Despite being known as mountain lions, pumas are actually more closely related to domestic cats.

Amazon fishing spiders in the Ancylometes genus are a large Amazon spider with a leg span of about 20 cm. They can easily be spotted on tributaries of the Amazon at night using your torch light. You will see their eyes glistening back at you like stars at the water’s edge. Amazon fishing spiders do eat a fish, a preferred prey choice, but they also take frogs and tadpoles. 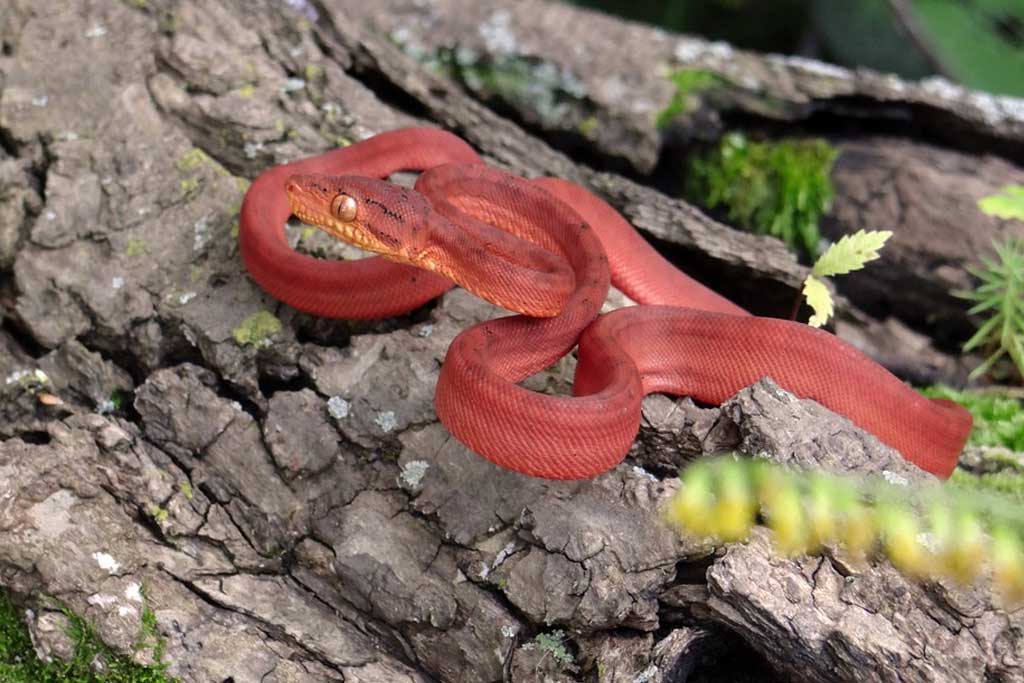 Amazon tree boas (Corallus hortulanus) are regarded as arboreal constrictors meaning that they live in the trees and kill prey by squeezing rather than using venom. While we’re talking venom, remember that venomous means an animal has potential to inject toxins and poisonous means an animal has potential to deliver toxins through being eaten or touched. This means that there are only a few known poisonous snakes like some garter snakes that eat poisonous animals rendering themselves bad to eat and a great many venomous snakes like rattle snakes, cobras and the like that inject venom. Clear as mud? Let’s continue. Amazon boas hang from trees and snatch passing animals. They are even known to catch birds and bats out the air. There’s a similar behavior of another Amazon carnivore, the giant Amazon centipede (Scolopendra gigantea) that I will include at the bottom of the page.

These army ants (Eciton burchellii) are a formidable force in the rainforest leaf litter. They cause invertebrates to run for cover as they swarm across the rainforest floor. There are even ant birds that follow these ants through the rainforest picking off insects running from the army ant column. They avoid the army ants themselves as a few stings would be deadly to small birds. The large soldiers have sickle shaped jaws Amazon Indians use to suture wounds closed like jungle butterfly stitches. The large soldiers may look intimidating with their large jaws, but are unable to feed themselves and are completely reliant on their smaller sisters for nourishment.

What carnivores in the Amazon Rainforest would you want to see or avoid seeing? Have you been lucky enough to see a wild jaguar? Leave your comments below. 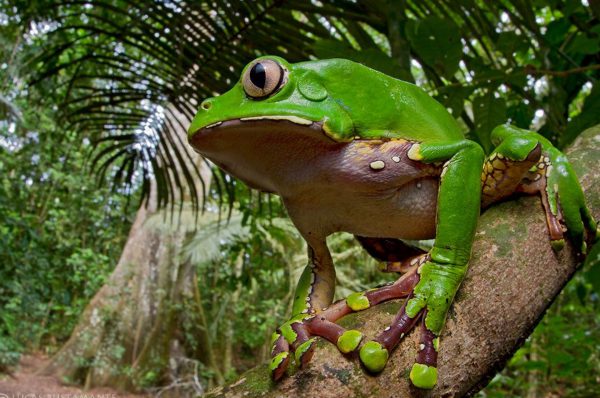 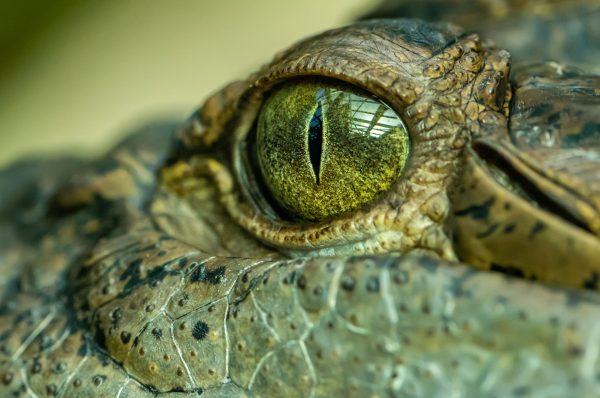 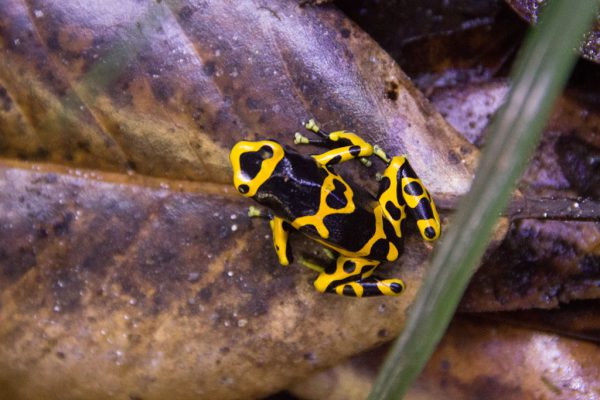