Today, I headed out to the Barron Gorge National Park to see what I could find. On the way up the trail I saw a goanna and a magnificent swallowtail butterfly. I then noticed the unusually high number of Golden Orb Spiders (Formerly Nephila maculata, now Nephila pilipes).

I bumped into a workman at the trail head who mentioned I was the first person up the track since Cyclone Yasi, which may explain it. Like most people, I have always had a slight fear of large spiders but always wanted to hold Nephila.

I read somewhere that Golden Orb Spiders are non-aggressive and harmless to people, so thought I would put that knowledge to the test. I also knew a cloth was made by milking silk from one million individuals of another golden orb spider and decided they must have a docile nature…

As I kept telling myself this, I went about carefully letting the spider crawl onto a leaf so I didn’t stress it out too much, noticing the smaller Argyrodes spiders in the web. These capture animals either too small for Nephila to worry about or feed off already subdued prey. I took some photos of these for another article.

After removing the spider, it abseiled down its silken thread to my feet then began to crawl up my tentatively shaking leg. I reached down to allow it to crawl onto my hand so I could get some photos.

As soon as the spider touched my skin I began to calm down and realise they are indeed non-aggressive. I was then more overwhelmed by how calm these animals are. She kept dangling down on her silken-line to get back to her tree. This allowed me to feel how strong her silk is. Silk from this spider was used to make fishing nets in some pacific areas. The webs would be layered over each other for added strength.

The Fear Of Spiders

I couldn’t write this blog entry without including something on arachnophobia. As one of the most common phobias (irrational fears), I find this one of the more interesting because most people have a slight fear of spiders. Some say it is their many legs, hairiness, or the way they move, but few mention that it’s because a small number are potentially dangerous. I remember from psychology lectures this very fact was one of the possible explanations.

Some spiders are indeed potentially dangerous, so if you are programmed to avoid all animals that look similiar you will gain a survival advantage. This type of behaviour is exploited by some organisms to result in my current study topic, Batesian mimicry. The downfall of this theory I always felt was the sheer number of more dangerous creatures or situations that induce less fear, not to mention the overwhelming number of harmless spiders.

I also remember talks about another theory, that maybe this is a relict from a distant line of ancestry. Perhaps when our ancestors were scurrying about the undergrowth dodging these enormous eight legged predators, the fear response was so intense it left a mark on our psychology over the next 100 million years.

Far fetched perhaps, but there is currently no consensus among psychologists to the disorder’s origin. Feel free to leave your thoughts, spider stories, and own ideas for arachnophobia below. 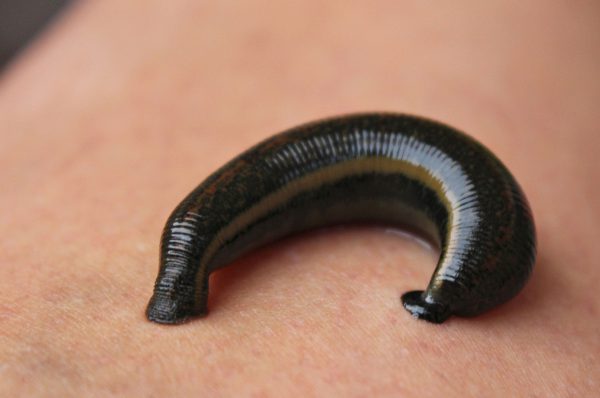