Home > Rainforests > Where Are Rainforests
0
Search
Share the article:

The densest rainforests, or jungles, occur in the hot and humid zone between 10 degrees north and south of the equator. The northern and southern boundaries are mainly set by precipitation, but altitudinal limits are from temperature.

Where Are Major Rainforests

The least disturbed rainforests are the Amazon Rainforest, the Congo, and the rainforest wilderness of New Guinea.

At the edges of tropical rainforests, you can find another tropical forest, the moist deciduous forests that lose their leaves in the dry season. The other tropical forests are mainly open woodland, such as shrub land and certain types of partly wooded savannah, pastureland, and grassland.

Towards the north and south of tropical rainforests, the vegetation merges with savannah grassland where the type of grass and density of trees is determined by rainfall. If rainfall falls below 250mm per year, it creates desert areas with little vegetation.

Around 97% of all tropical forests have been modified by human impacts. These are classed as fallow forests where the areas have initially been cleared and farmed then abandoned allowing the forest to regenerate. It is because of these secondary forests that tropical deforestation has no atmospheric signal. This means that there is no increased CO2 clearly attributed to tropical deforestation (Schimel et al 2001), as regenerating forest absorbs released CO2 countering the effect.

A small area of tropical forest is used for plantations to produce commercial timber, pulpwood, and charcoal. The remaining forests are for either non-industrial fuel production or environmental protection. 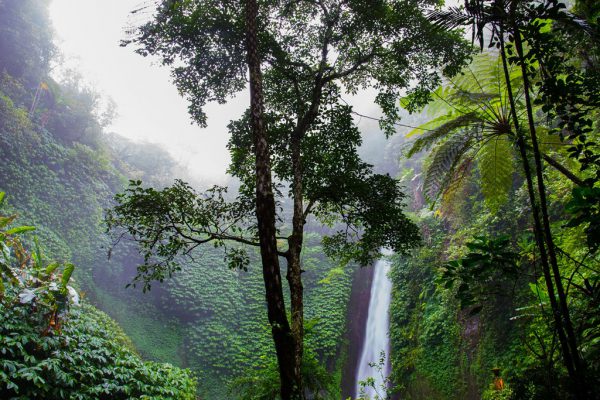